Data Point of One: Working With a Cover Artist 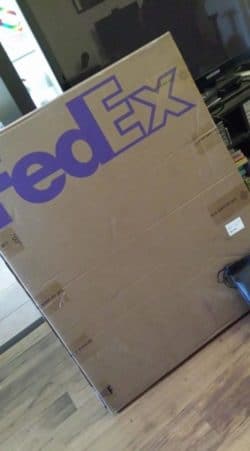 A couple weeks ago, I got a knock at the door and a package roughly half-as big as I am. The original artwork for the cover of Overclocked had arrived and I was beyond thrilled. If I were a better marketing-person, I would have done an unboxing video or something, but to be perfectly honest, I was too excited to care just then.

To be an indie-anything is to be constantly learning, and one of the skill sets I’ve picked up over the last four and a half months is how to work with a cover artist. Here’s what I learned about the process:

Tracking down an artist was harder than I anticipated. I’d heard a lot of horror stories about artists from the internet ghosting half-

way through a project, so I started searching artists alley and vendor halls at conventions on the theory that if an artist had the drive to get all their ducks in a row such that they could show up and table their work, they might also be someone I could work with professionally.

I stumbled across Blacquiao’s table on the final day of APE last September. It had been a weird show – a buying crowd, but a nearly empty floor, and I was exhausted. I’d already lapped the floor once on my first day there, and hadn’t seen anything, but I was giving it a second look. A woman in one of his prints drew my attention, and when I flipped through his prints, and saw Tech Girl, I knew I found an artist I wanted to work with. 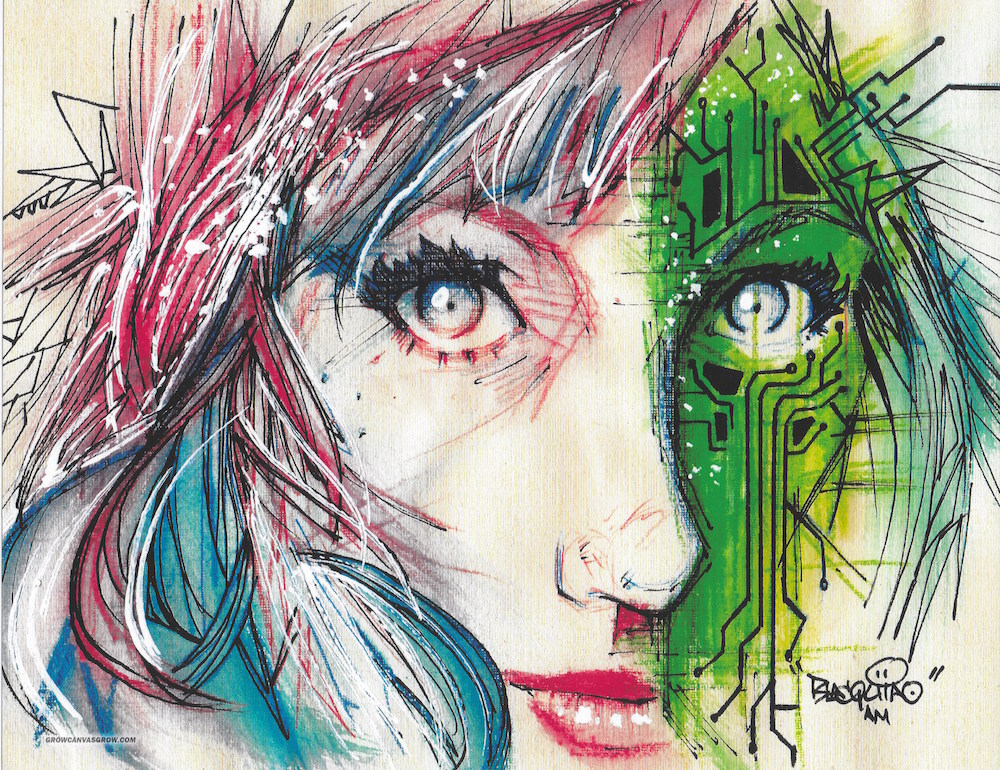 I bought the print on the spot and asked after his commission rates. It took a couple weeks to work up the nerve (money was tight and artists intimidate me) but I finally reached out and contacted him again in October. Blacquiao agreed, and we were in business.

Blacquiao was great to work with but, as a person with no inbuilt design sense outside of a film set, the process was a bit harrowing. When a person who’s an expert in their field looks at you and says “How do you want me to do this?” my immediate fear is that maybe I want a bad thing – that my concept itself is poorly conceived and that will limit what the artist is able to do with the piece. The fear that I was a bad client hounded me throughout the project, but Blacquiao was great about checking in. He asked questions, sent sketches, and most importantly, double-checked to make sure he understood what I was attempting to describe. The first sketch he sent me remains one of my favorites. I remember opening it up on my phone and thinking “Oh, wow. That’s Glitch. That’s her. This could actually work.” 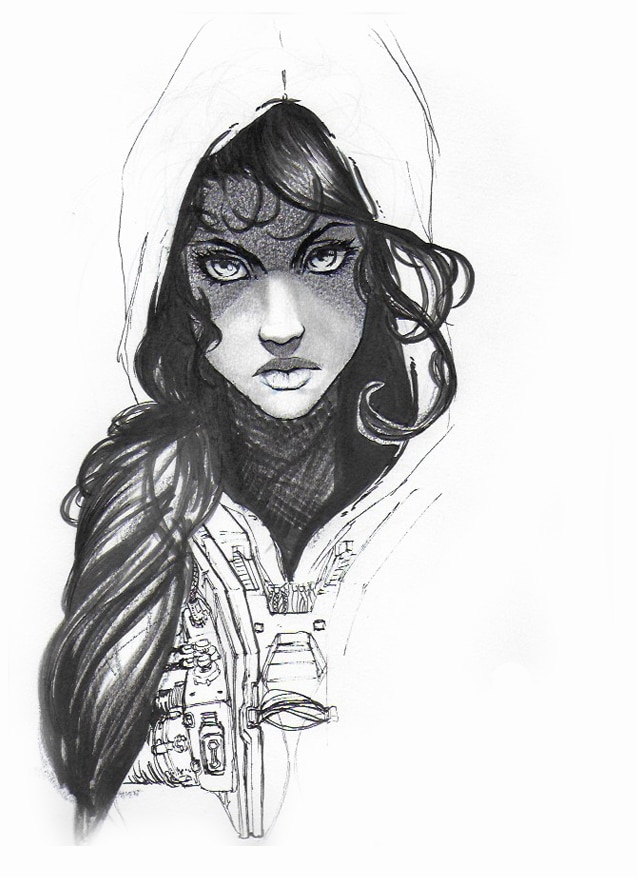 The results pretty much speak for themselves. The art Blacquiao created was gorgeous, and he sent me the original, framed, as well as the sketches, which is far above and beyond what I would have expected. 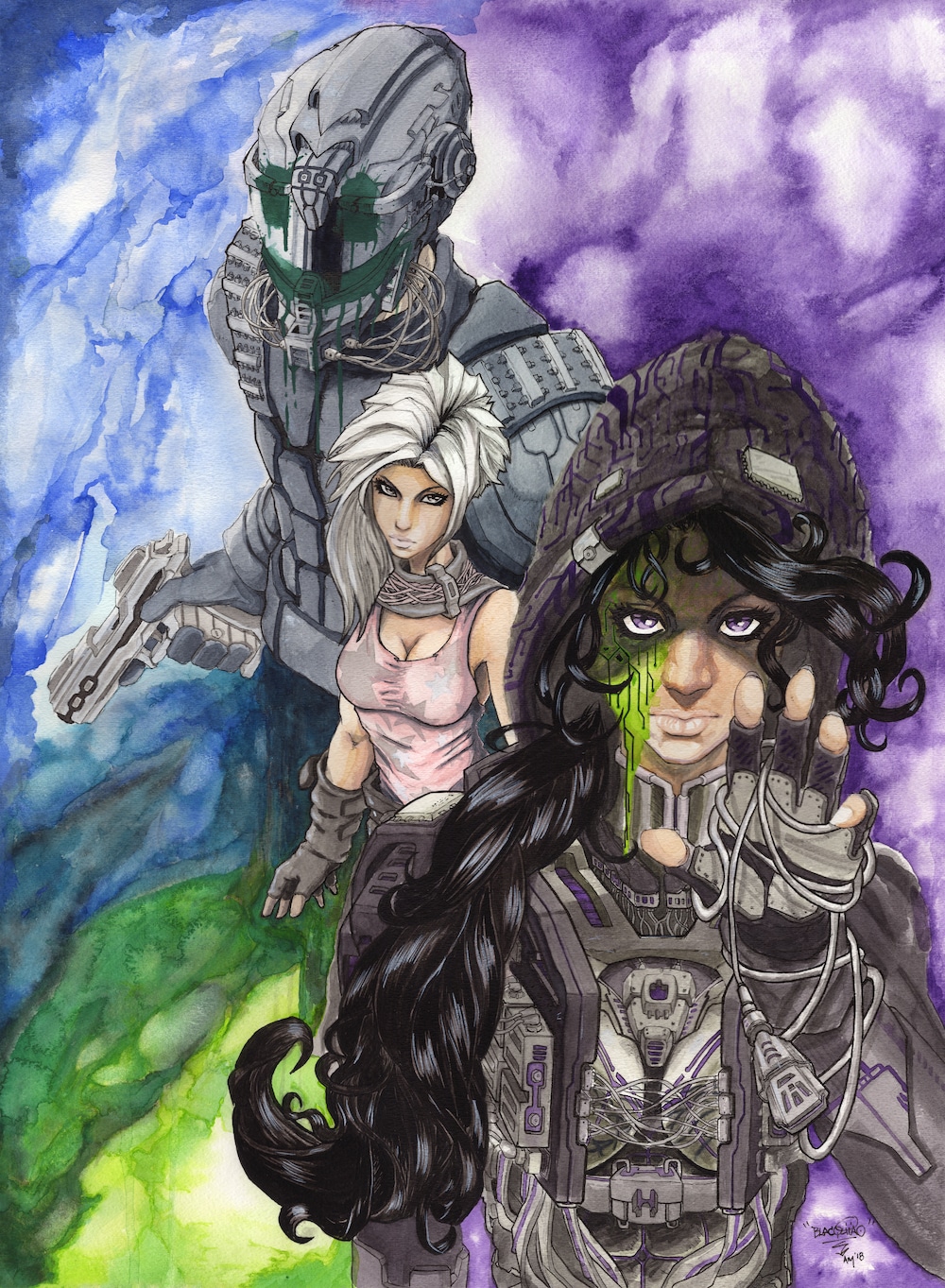 It looked so good that I went back and commissioned another one for the cover of Book 1: Defrag, since my amateur photoshopping efforts looked pretty rough by comparison. Having the same artist across all covers should also help lend unity to the series when they’re spread out across a table at my next con.

I learned a lot from the first cover. A couple tips if you, like me, are self publishing and working on your first cover:

I hope that’s helpful to fellow cover-newbies out there. I’m already looking forward to the new cover for Defrag. Maybe this time I’ll even restrain myself enough to make an unboxing video.

Have you ever worked with a cover artist? What was your experience? Any tips you want to share? Leave ‘em in the comments or hit me up on Twitter @rachelthebeck.

Resisting the Machine: A Human Solution to the Cyber Dystopia

Free Creators Tools for Everyone

Get $5 off when you buy 2 or more books. Use promo code HACKS at checkout. Visit Store Dismiss